Recently, we bought a Satellite TV receiver for use at CCCAC — And another one to hack. 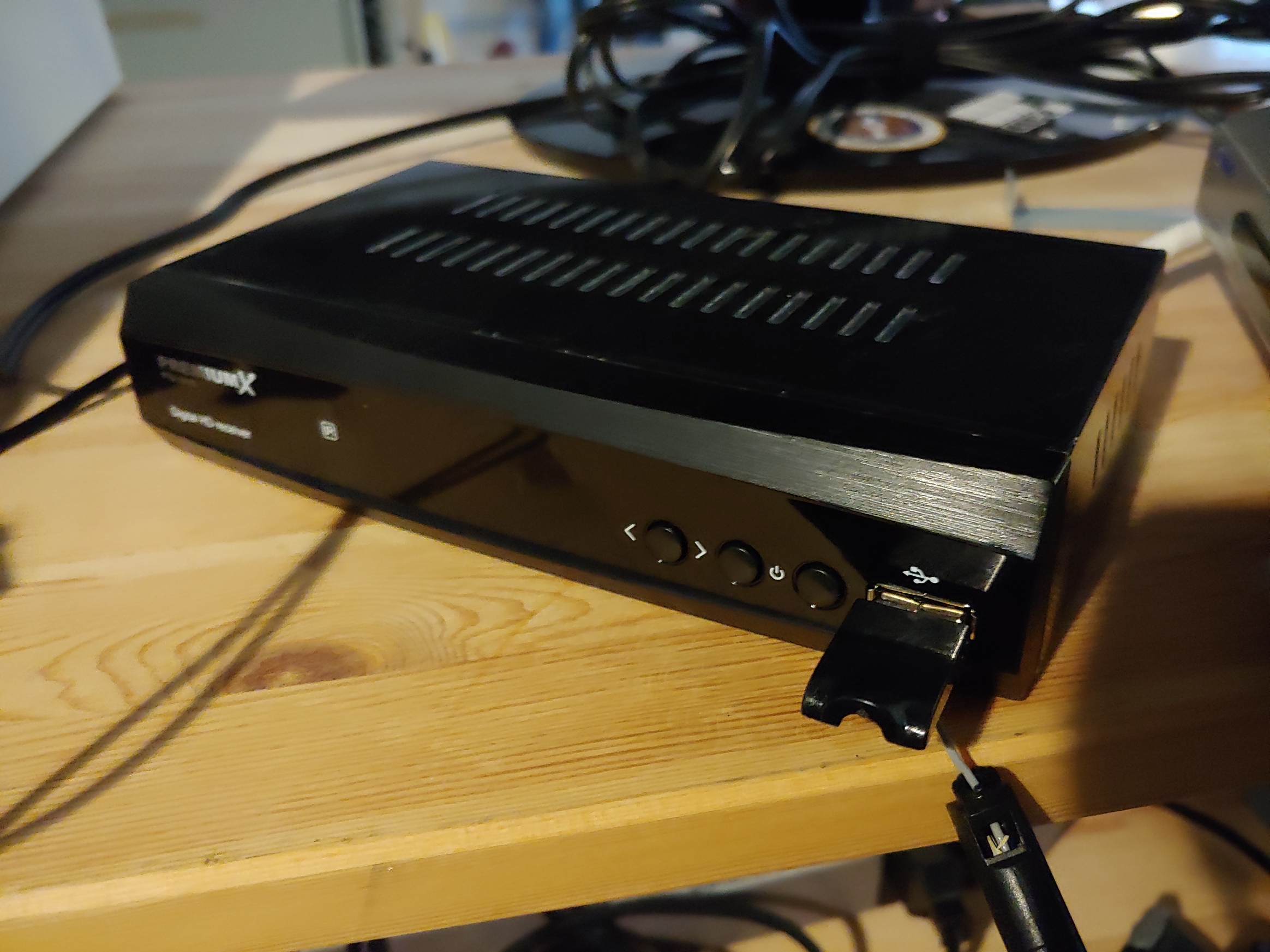 After plying the heat spreader off the SoC, an unfamiliar logo was revealed. 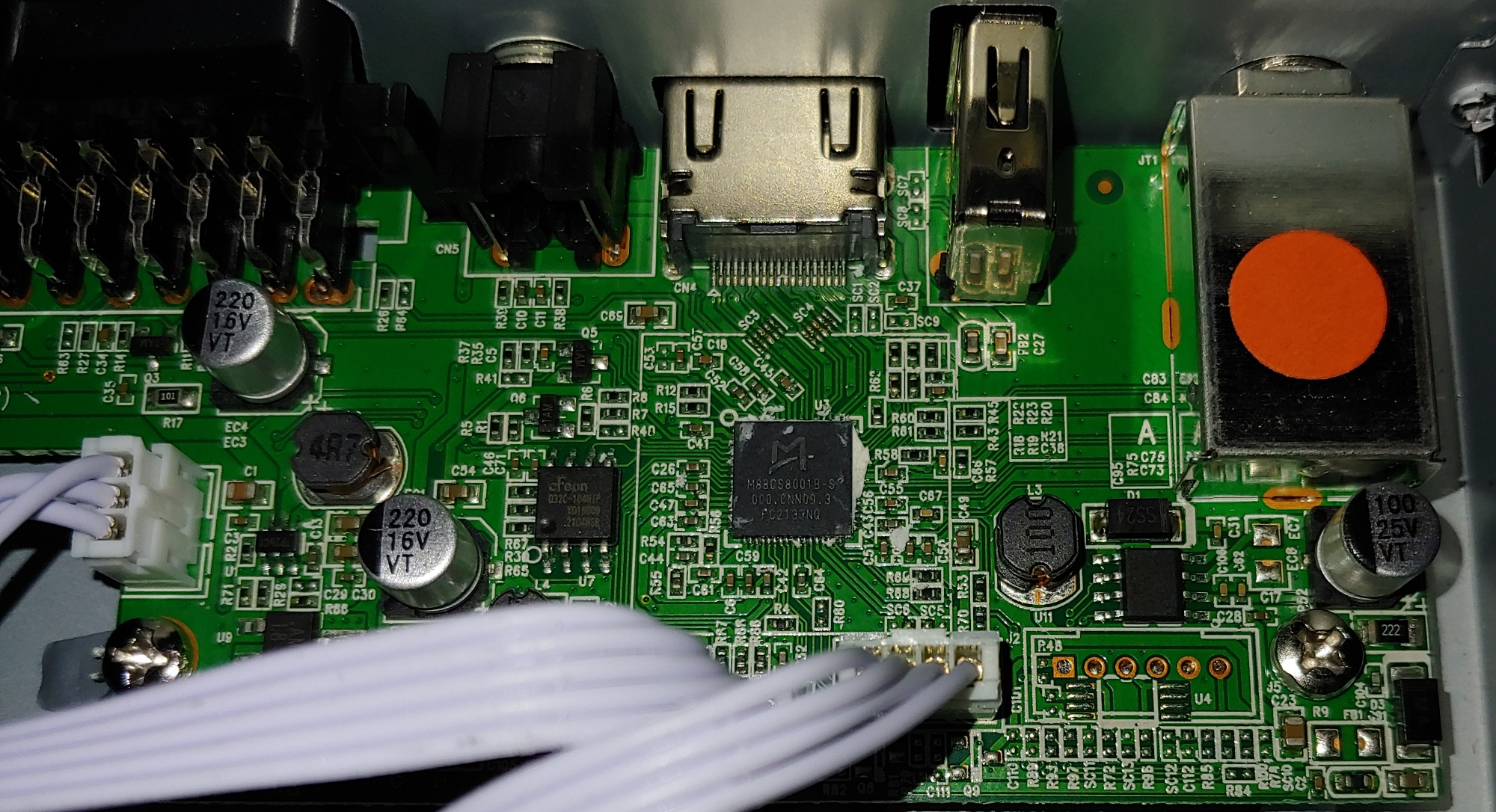 The website of Ascent Communication Technology has a relatively detailed list of technical features for a different device based on M88CS8001, and it mentions a high‑performance dual MIPS CPU.

The crucial clue, as to who the mysterious „M“ company is, came from a Baidu search: A listing on Baidu B2B listed the chip as MONTAGELZ 混频器 M88CS8001-S030 QFN 19+. 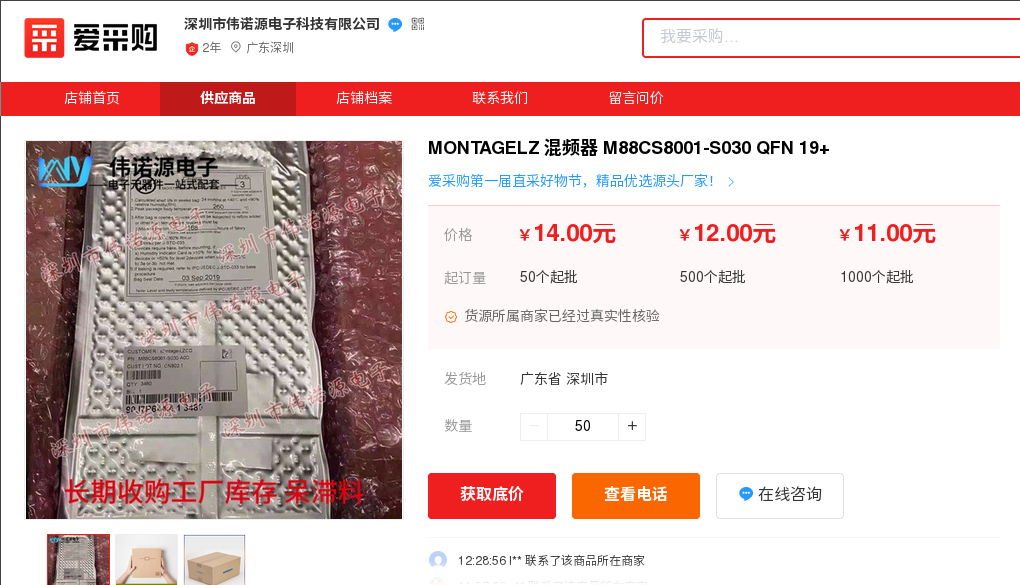 Montage LZ indeed turns out to be the manufacturer of this SoC, and even mentions it on its website, albeit with little technical information.

The firmware can either be downloaded or read from the firmware flash with a SOIC-8 clip and flashrom.

A quick binwalk -A confirms we‘re dealing with a MIPS CPU:

After a bit of fiddling around, I figured out some of the more important fields in this structure and wrote a little parser:

I‘m calling it a partition table.

The first 64 KiB (offset 0x0 - 0x10000) contain a bootloader, which is uncompressed, but the av_cpu, img, and demo partitions are compressed with LZMA, which binwalk -e will gladly unpack:

After some fumbling around with Ghidra, I finally loaded the code as follows:

The bootloader made it fairly straightforward to find the UART output routine, but not much else.

The demo partition contains both a full-fledged operating system and the main application of the sat receiver.

Fortunately there are enough strings that I was able to identify many drivers, and after two days in Ghidra I had a rough memory map. 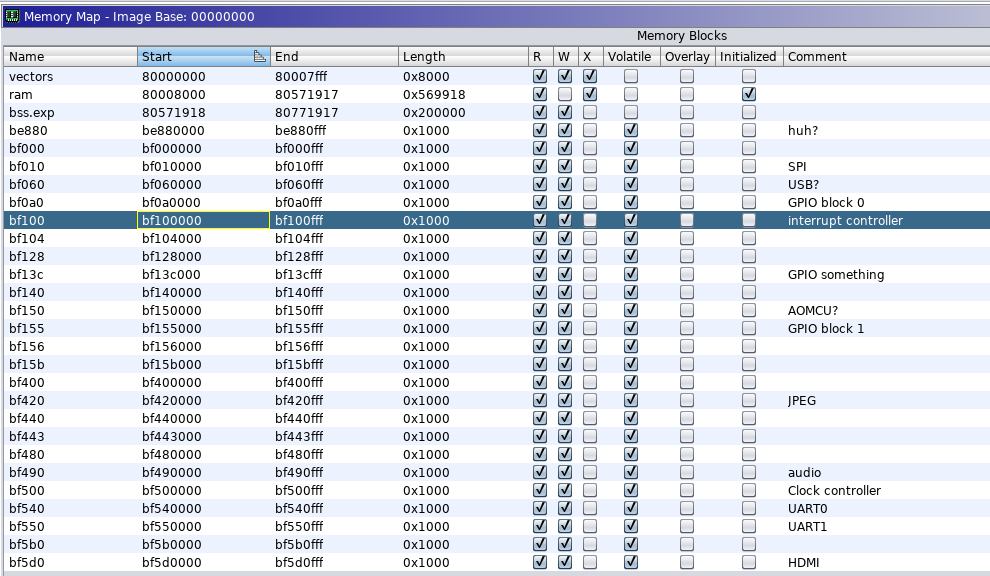 At the Kimiko Festival, I finally tried to get code exec on the device. To that end, I wrote a little program that would print a character on the serial port, in an endless loop:

Unfortunately, my mips-linux-gnu-as was quite unhappy to read what I had just written:

I couldn‘t figure out why that was the case, so I opened the MIPS32 architecture manual and assembled these instructions by hand:

With that, and a bit of objcopy, I had a flat file with my code in it. I compressed it (lzma -F alone start.bin) and injected it into my flash image. My first idea was to hijack av_cpu, but it didn‘t quite work as expected (instead resulting in a crash dump from the main application).

Instead of investigating this crash any further, I switched to injecting my code into the demo partition. The result wasn‘t right either, as execution seemed to stop right at the time when my code should have run.

The lzma command (from XZ) doesn‘t set the uncompressed size field! It even (almost) says so in the manpage:

I tried to find an option to change this behavior, but couldn‘t, so I resorted to patching the size field manually, from:

The result was, to my surprise and joy, a success!

Wait, why T instead of A?

After I asked on twitter why GNU as didn‘t want to assemble my code, I was pointed at regdef.h, which defines the register names on MIPS. After including it (and changing the filename from start.s to start.S to enable the C preprocessor), I could finally write normal MIPS code, as I had originally intended.

Now that I can run my own code on it, I might try porting Linux or something :-)